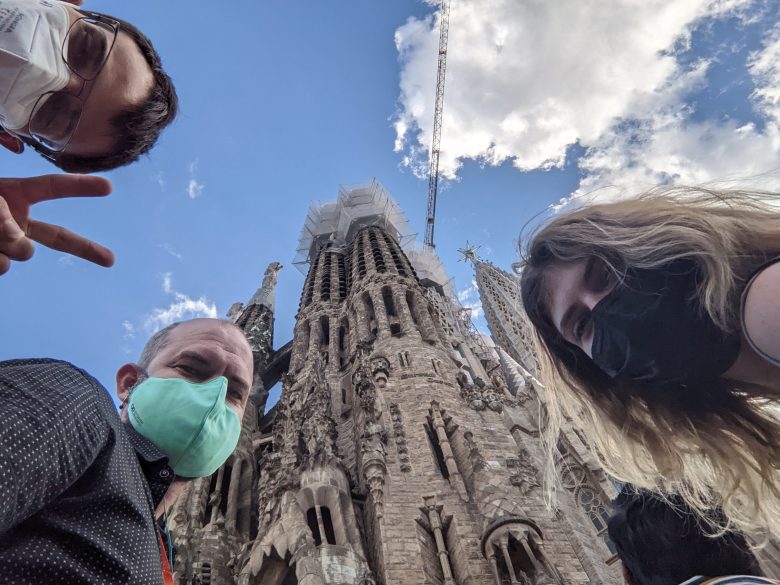 At nearly two weeks long, the ’22 Beyond Paris excursion spanned Five nights in Barcelona, another five in Venice, and two more in Milan.

This trip was aimed at pulling the students from the comfort of their Paris apartments to see as many cities as possible while exposing them to alternative levels of privacy by staying in various hostels.

At the largest scale, these cities were selected to highlight various urban organizational systems, with a specific focus on public spaces. Site section drawings of Barcelona’s La Rambla and Venice’s Piazza San Marco set the stage for appreciating (and documenting) the change that these public spaces undergo as the morning gives way to the afternoon and ignites again in the evening.

Tara and I scheduled the four full days in Barcelona and Venice differently. Each day in Barcelona had a scheduled activity; site drawing at La Ramble, a tour of the EMTB’s Santa Claritina Market, the Barcelona Pavillion, and of course, the surreal Sagrada Familia. Outside of the specified meetups, the Mercé festival added to the texture of the city as the students had the remainder of each day to wander.

In Venice, we shifted to meeting for two long class days then leaving the third and fourth days open. The first day was spent capturing Piazza San Marco in section then shifted scales to admire the intensity of Carlo Scarpa’s detailing at the Olivetti shop. Our patience allowed us to have an unanticipated entrance to the museum. What we had been told was previously “booked up” became open as other visitors didn’t return as fast as we did after the high tide receded from the Plazza.

The entire second day “in Venice” was spent taking a train to see the Castelvecchio museum in Verona by Carlo Scarpa. His work at this museum was the sole inspiration for the studio brief, beautifully executed details that subtly inform the experience of each space while not overpowering the historical context nor the art displayed.

Several hours were scheduled for students to experience and document the incredible work.

The Art Biennale, Peggy Guggenheim, the islands of Morano, Verano… And even day trips to Frienza were opportunities the students juggled on their two free days in Venice.

With what would have been a 16 hr train ride back to Paris, two nights in Milan eased our return. Students were given the day to experience the confluence of religion and fashion that is plaza… (And possibly enjoy the extremely beneficial exchange rate of the US dollar.)

Having returned to Paris exhausted, the remainder of the week was limited to an afternoon visit to the Pompidou and a few drawing-skills exercises. 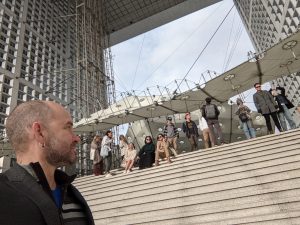 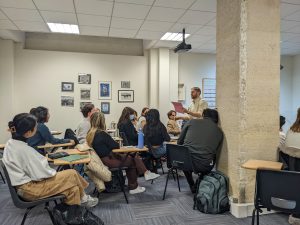