After the next day excursion of Cité Radieuse, participants have time to explore Marseille, a port city in southern France. Students explored Marseille which is located on the coast of the Gulf of Lion, part of the Mediterranean Sea, near the mouth of the Rhône. with mentionable historical and contemporary landmarks as well. 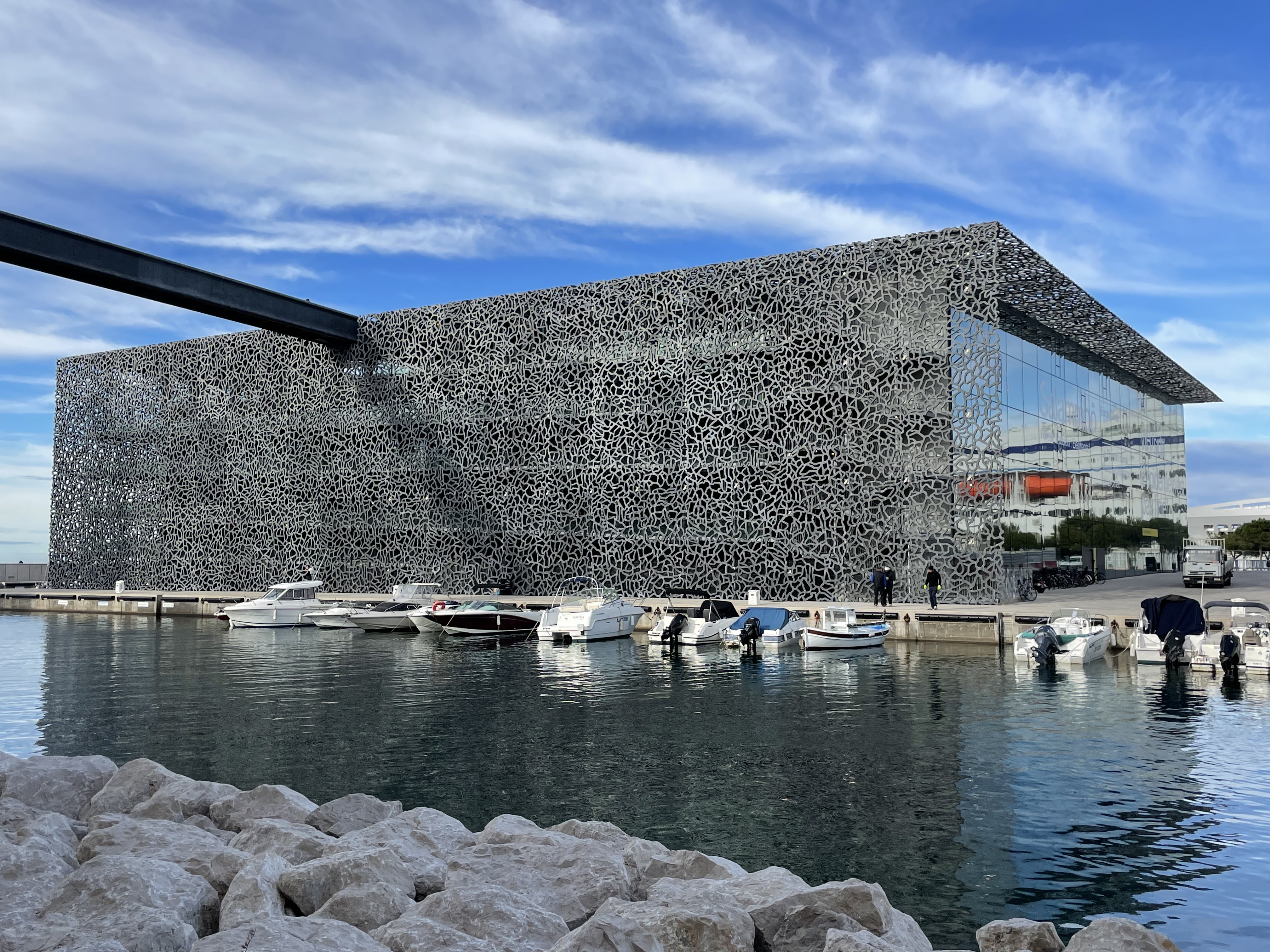 The students who were in Marseille, France this past weekend stopped by the Museum of European and Mediterranean Civilisations. There were very extraordinary walkways to this museum. Photo by Nusrat Sultana. 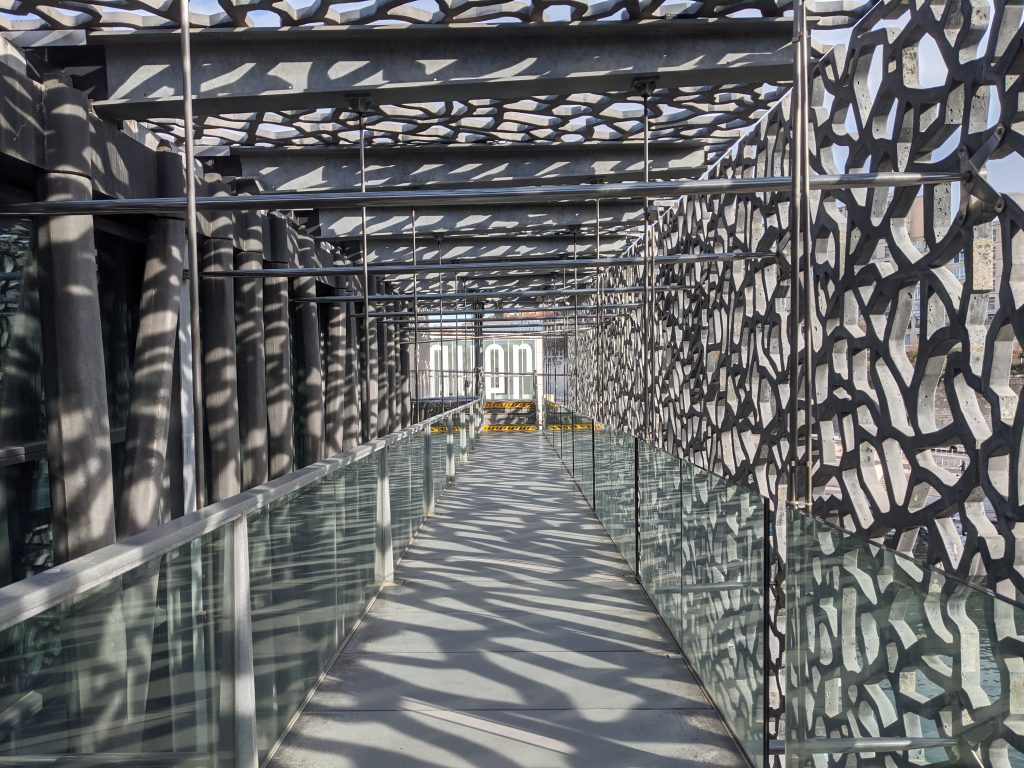 The Museum of European and Mediterranean Civilisations was encased in this very unique concrete “skin”. Photo by Tanner Theisen. 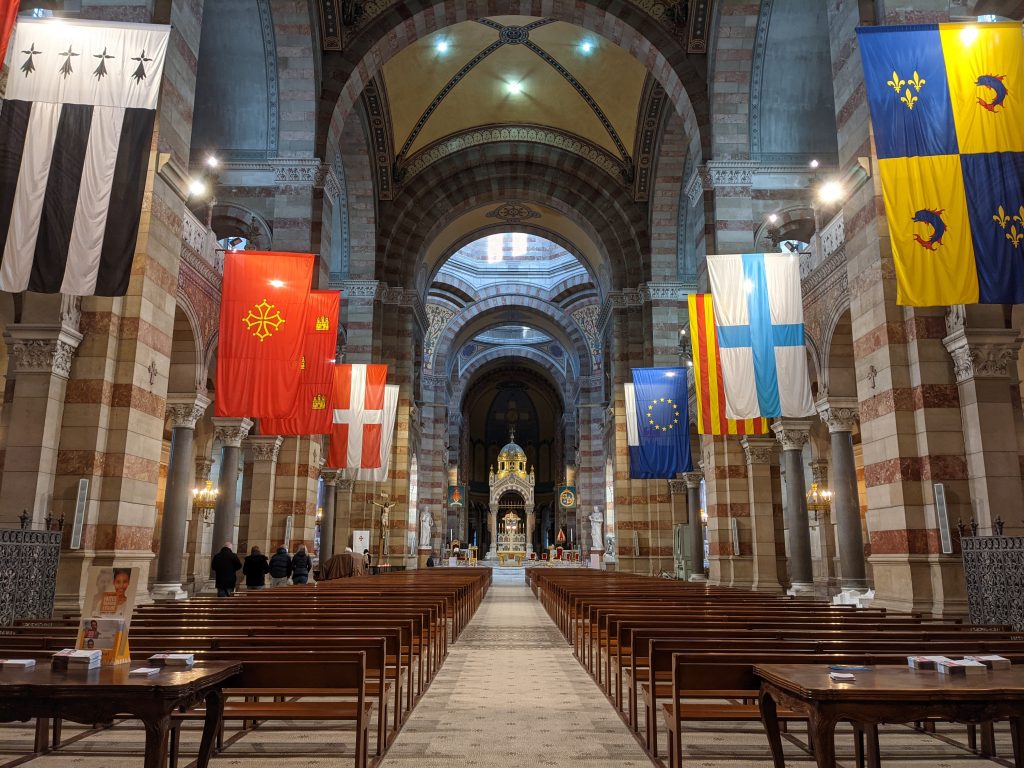 As the students continued their visit to Basilique Notre-Dame de la Garde, one of the students took this picture of the interior of the church. (Photograph by Tanner Theisen) 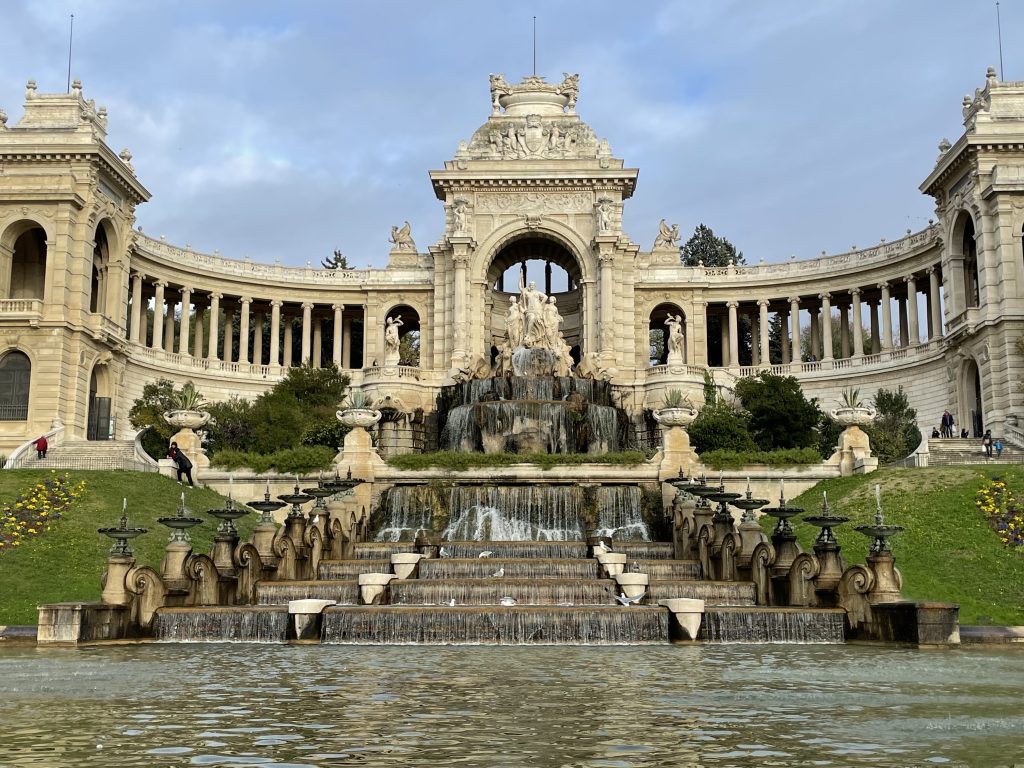 The Palais Longchamp is a monument in the 4th arrondissement of Marseille, France. It houses the Musée des beaux-arts and Muséum d’histoire naturelle de Marseille. The surrounding Longchamp Park is listed by the French Ministry of Culture as one of the Notable Gardens of France. One of our students took the picture while visiting this monument. Photo by Nusrat Sultana. 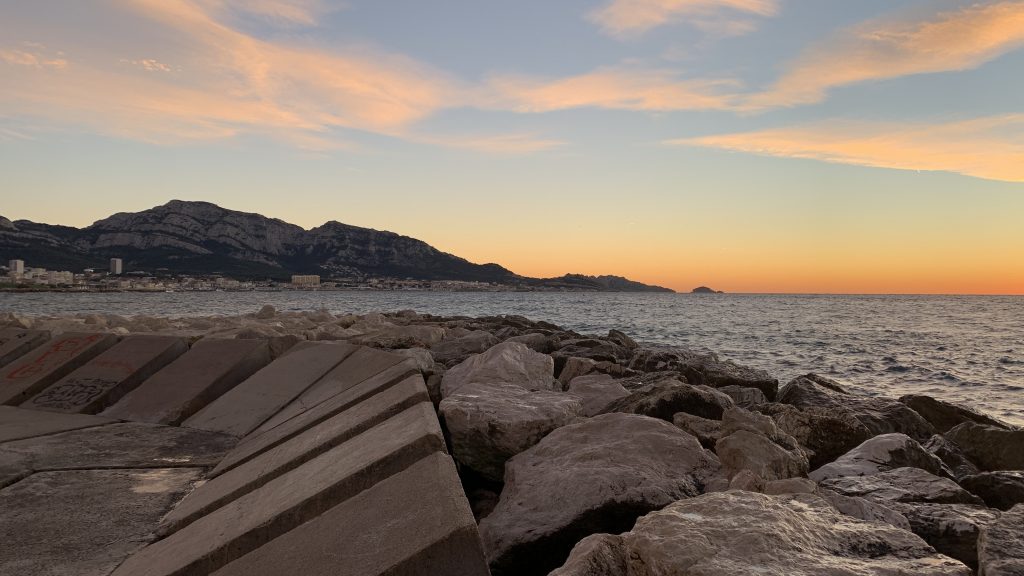 Students passed their evening by relaxing at the beach and enjoying the sunset. photo by AliXandria Cinquigranno. 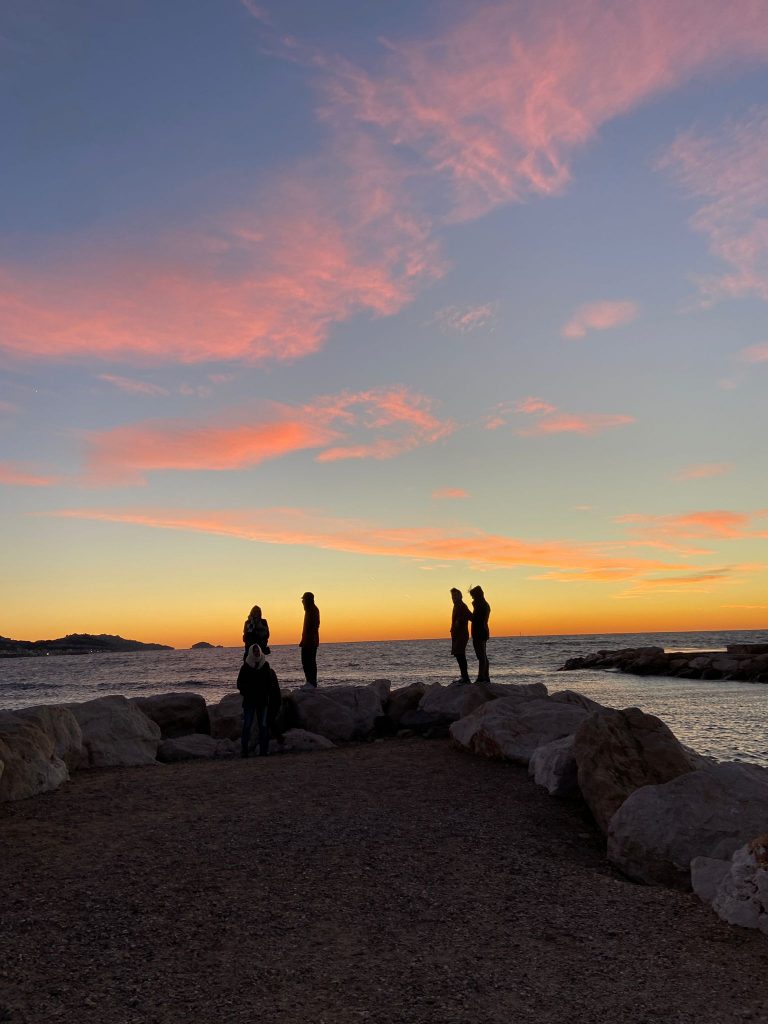 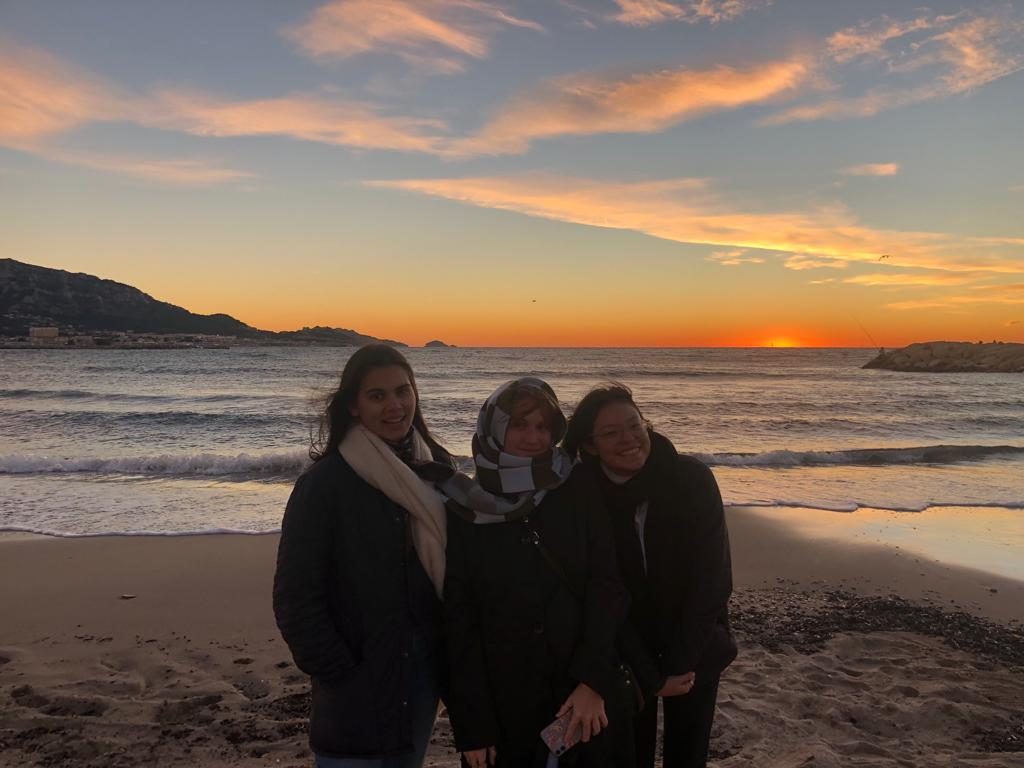 Our students relaxed at sunset at the Plage de Catalans beach in Marseille, France. Photo by Taylor Saxena.

After the excursion, it is a great refreshment for the participants to venture the Marseille city. 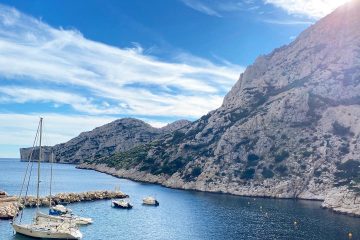 The participants of the LSU CoAD in pairs program have a chance to exploreCalanques de Marseille on the day of their Marseille Exploration. Photo by Andie Ottenweller.  Photo by Lily Guidry. The Massif des Calanques(Calanques Read more… 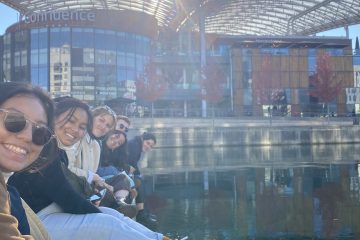 Participants of the LSU CoAD in Paris Program had a wonderful afternoon in Lyon, the capital city in France’s Auvergne-Rhône-Alpes region, while they were rupturing back from the Couvent de la Tourette. It was a great afternoon. Read more… 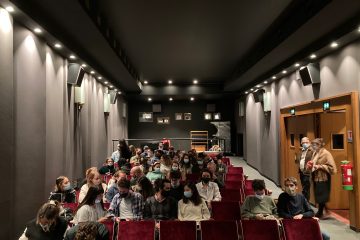 After filming Paris city on the first and second day of the workshop, the students gathered with their groups and compiled all of the videos they obtained having the quality to share their story about Read more…