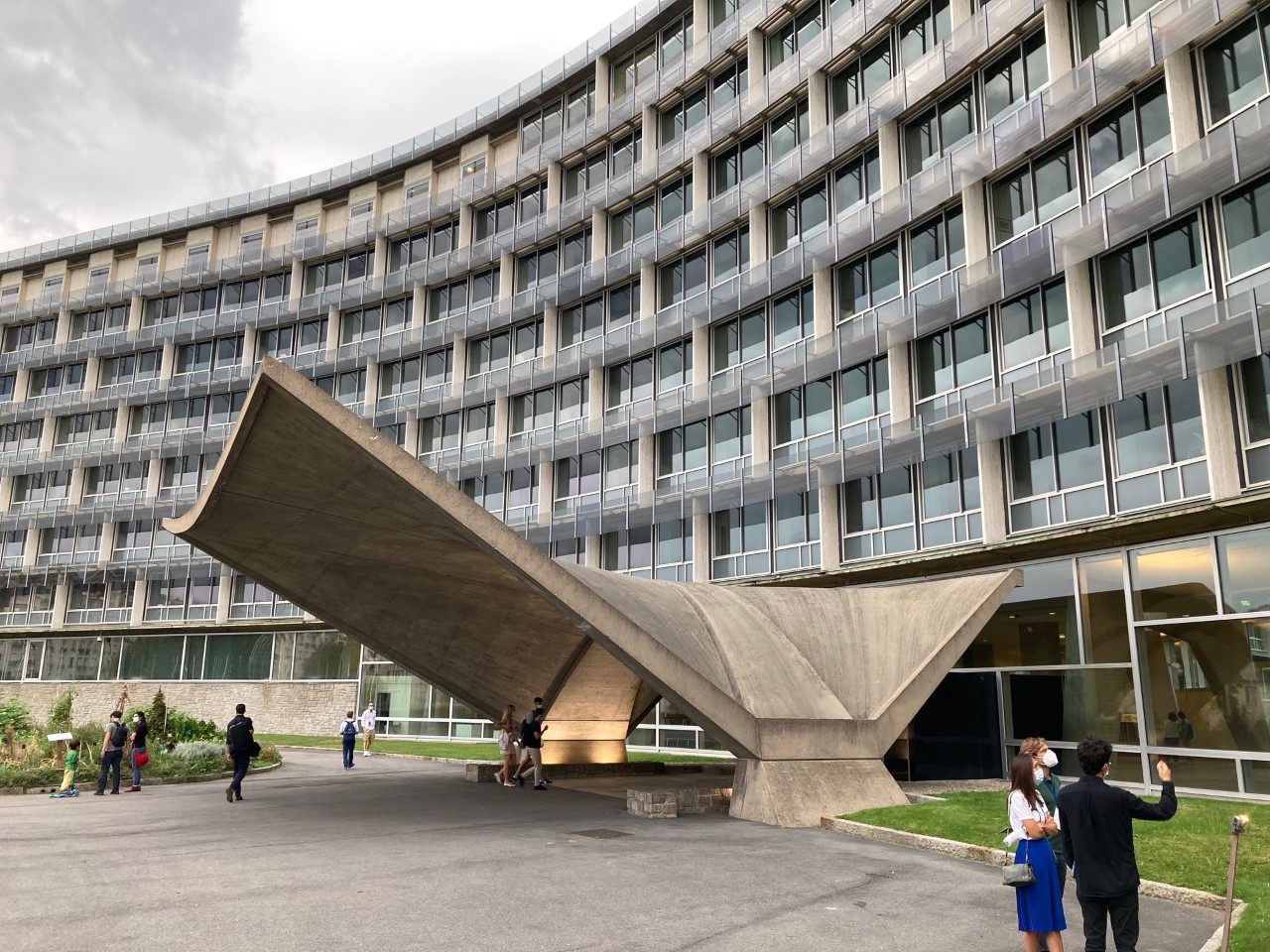 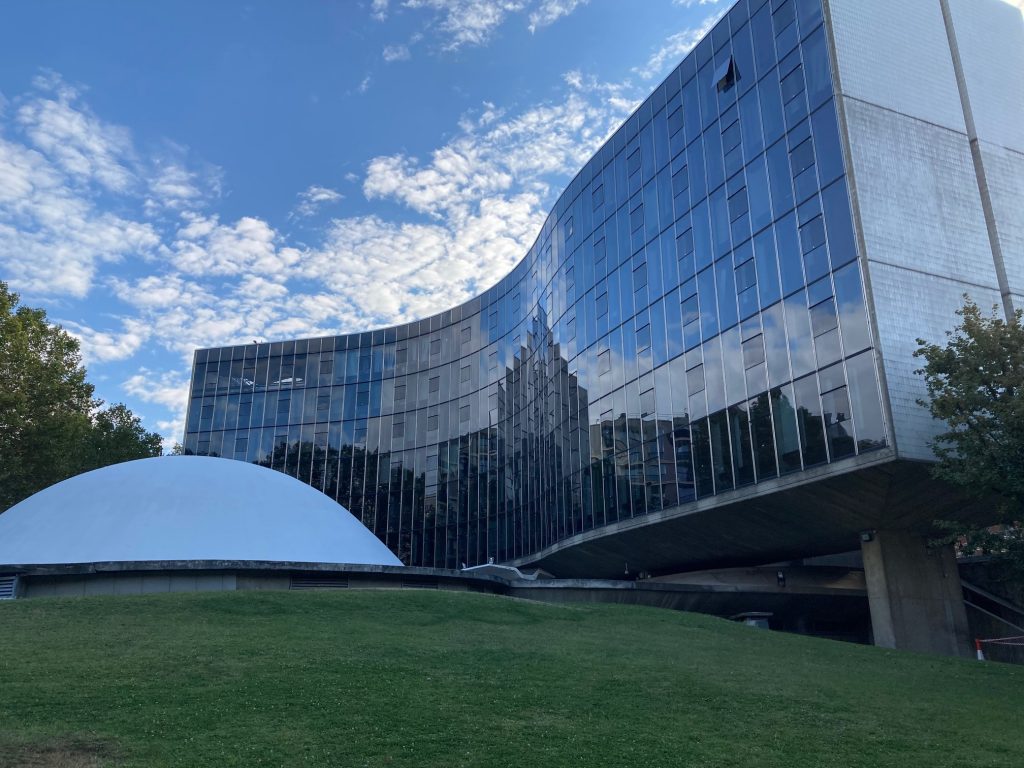 The entire class went to Communist Party Headquarters, one of the finest examples of modern architecture in Paris. A few steps away is the main conference room lying beneath the white dome seen in the courtyard and used as the meeting place for the party’s Central Committee. 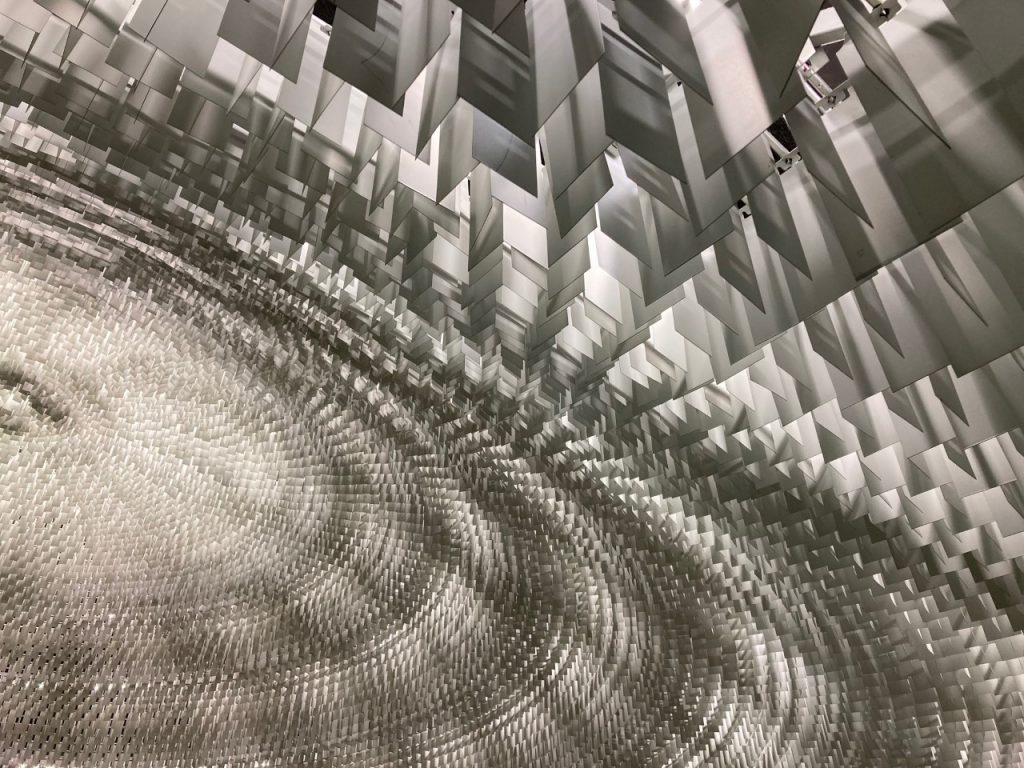 The 11 meter-high dome is clad in thousands of light-diffusing anodized aluminum blades.

The students received the chance to go on a closer look at the Palais D’Iena in Paris, France. The concrete used on the outside of Palais D’Iena was as diverse as the inside. 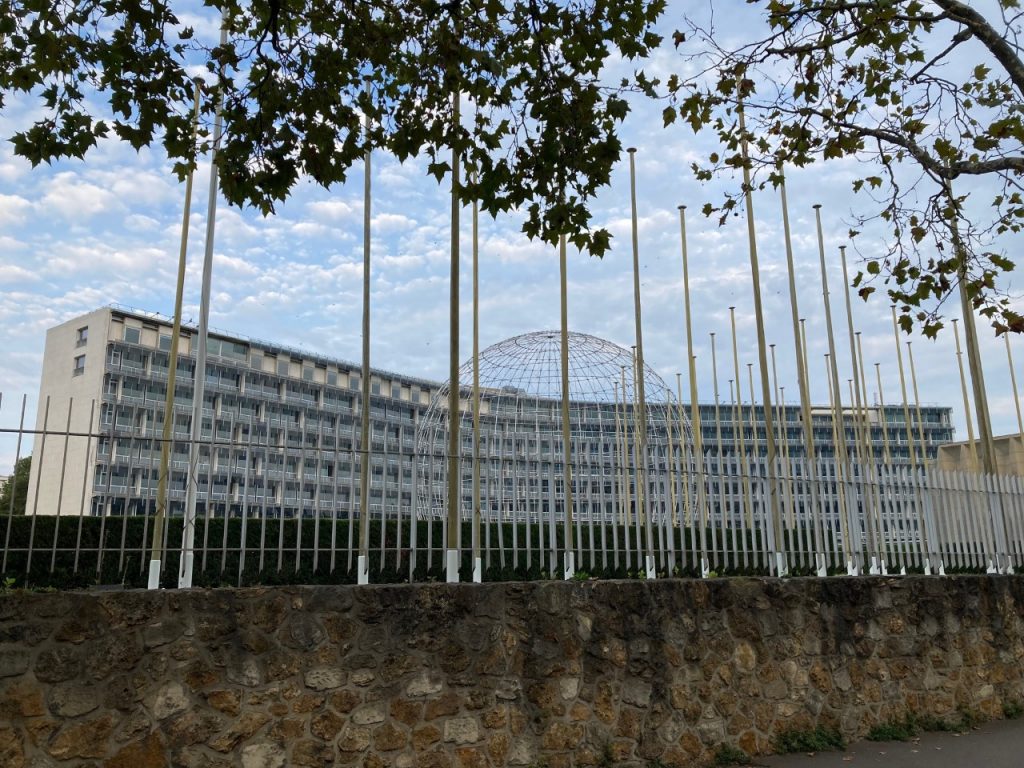 Another wonderful opportunity for members of the LSU CoAD in Paris was to visit the United Nations Educational, Scientific, and Cultural Organization, or UNESCO. The diversity of patterns, forms, and concrete variants utilized in this structure are an excellent method for students to improve their understanding of concrete and its implications.

The uniquely shaped concrete pavilion back into the main building of UNESCO. 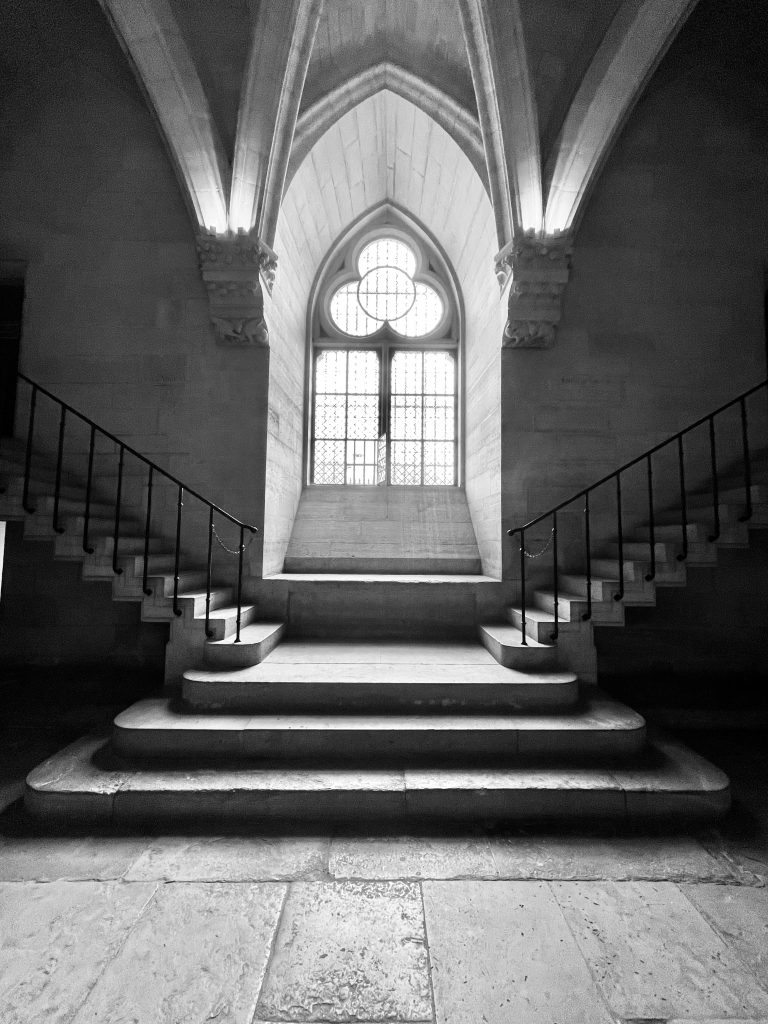 One of our students explored the Conciergerieis which is a former courthouse and prison in Paris, France, located on the west of the Île de la Cité, It was originally part of the former royal palace, the Palais de la Cité, which also included the Sainte-Chapelle. The photo was taken by Nicholas Bertucci.

Some other students explored the Bibliothèque Nationale de France; the national library of France, located in Paris. It is the national repository of all that is published in France and also holds extensive historical collections. Photo by Andie Ottenweller. 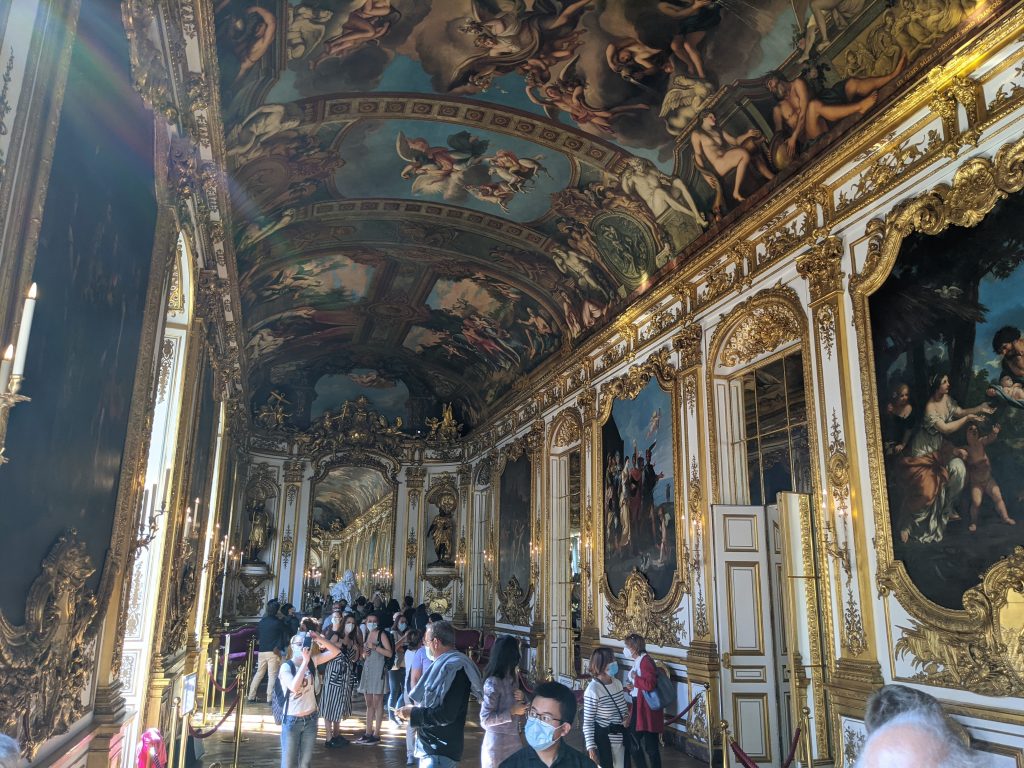 Some of our students explored The Banque de France and experienced the marvelous and grand ceiling of the architecture. Photo by Tanner Thisen. 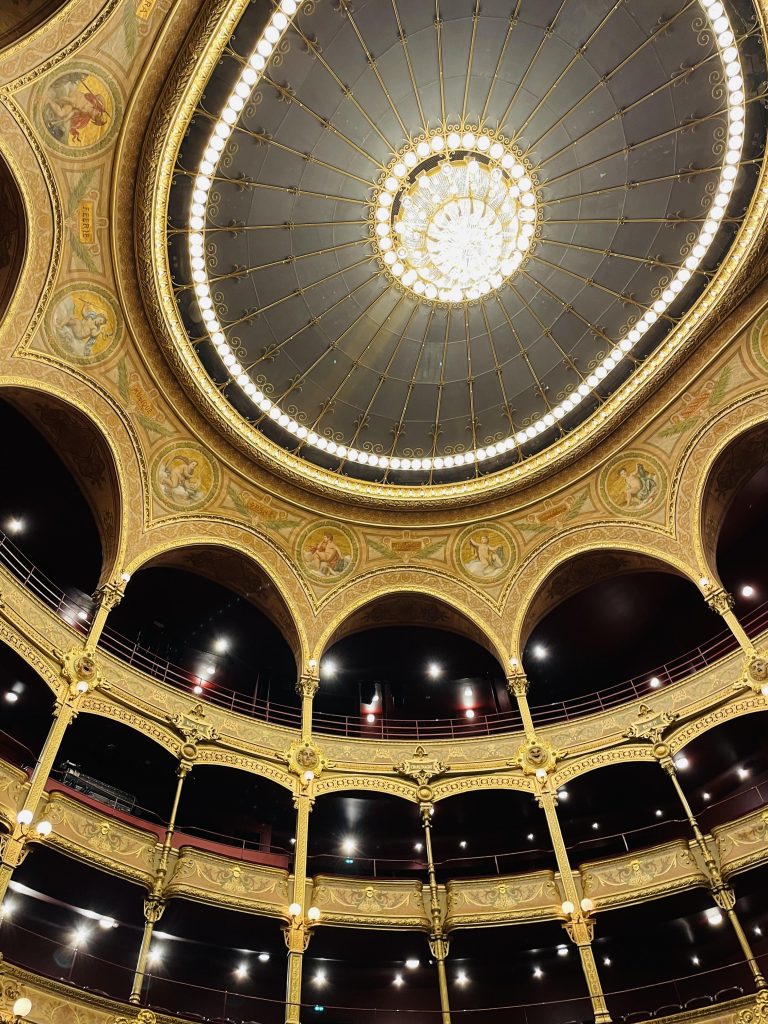 Following the tour, the students are given the task of selecting various architectural features (openings, steps, ramps, walls, supports, and any other type of detail) that they may include in their design studio project concept.

While exploring these structures, the students made a significant step back in time, and as a result, their design future will be brighter as an outcome. 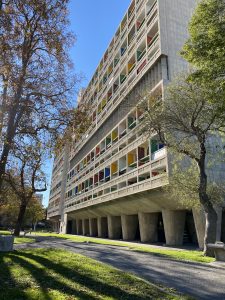